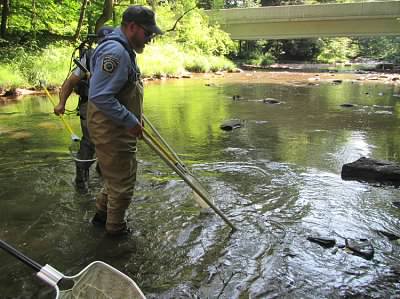 Today we accompanied two members of the Pennsylvania Fish and Boat Commission, Tim and Freeman. They took us to a spot upstream of the lake where they performed electroshock fishing. Electroshock fishing is a method used to capture and identify fish where a small electric current is sent into the water which incapacitates nearby fish. 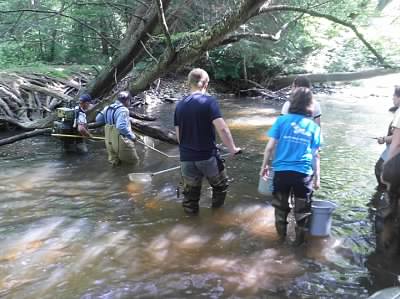 After the fish were stunned, we stood by with nets and buckets to capture the fish. 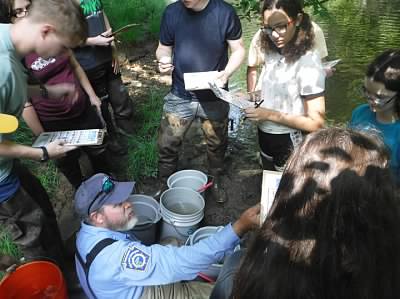 After we collected enough fish, we took them out and observed each one before letting them go, noting the unique characteristics and identifying the species of each fish. We were even given Bingo cards with fish species on them that we used during the identification process. In the end, we had lots of darters, dace, chubs, and even a trout! 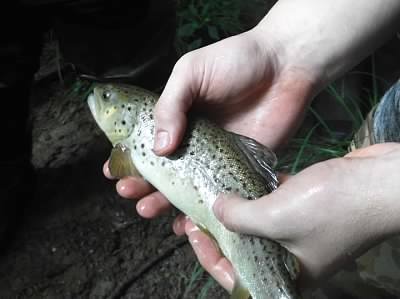 Amazing! Such a fantastic, hands-on learning experience. And did I see a picture of a lamprey? Andrew, I hope you and the rest of the group are building lifelong memories!