For a late night activity we visited with Terry Lobdell. He is a self-taught bat expert for the area. Using his own knowledge, what he has observed over the years, and some reading; Terry has developed his own bat boxes where you can actually open up the back and see them roosting. After he shared some of his findings, we waited around for dusk to watch the bats fly out. The bats that flew out of the boxes were Little Brown Bats. However, there were already Big Brown Bats flying around the sky. Inside the boxes, even after the bats have left, the pups were still inside; we were lucky enough to see some that night. 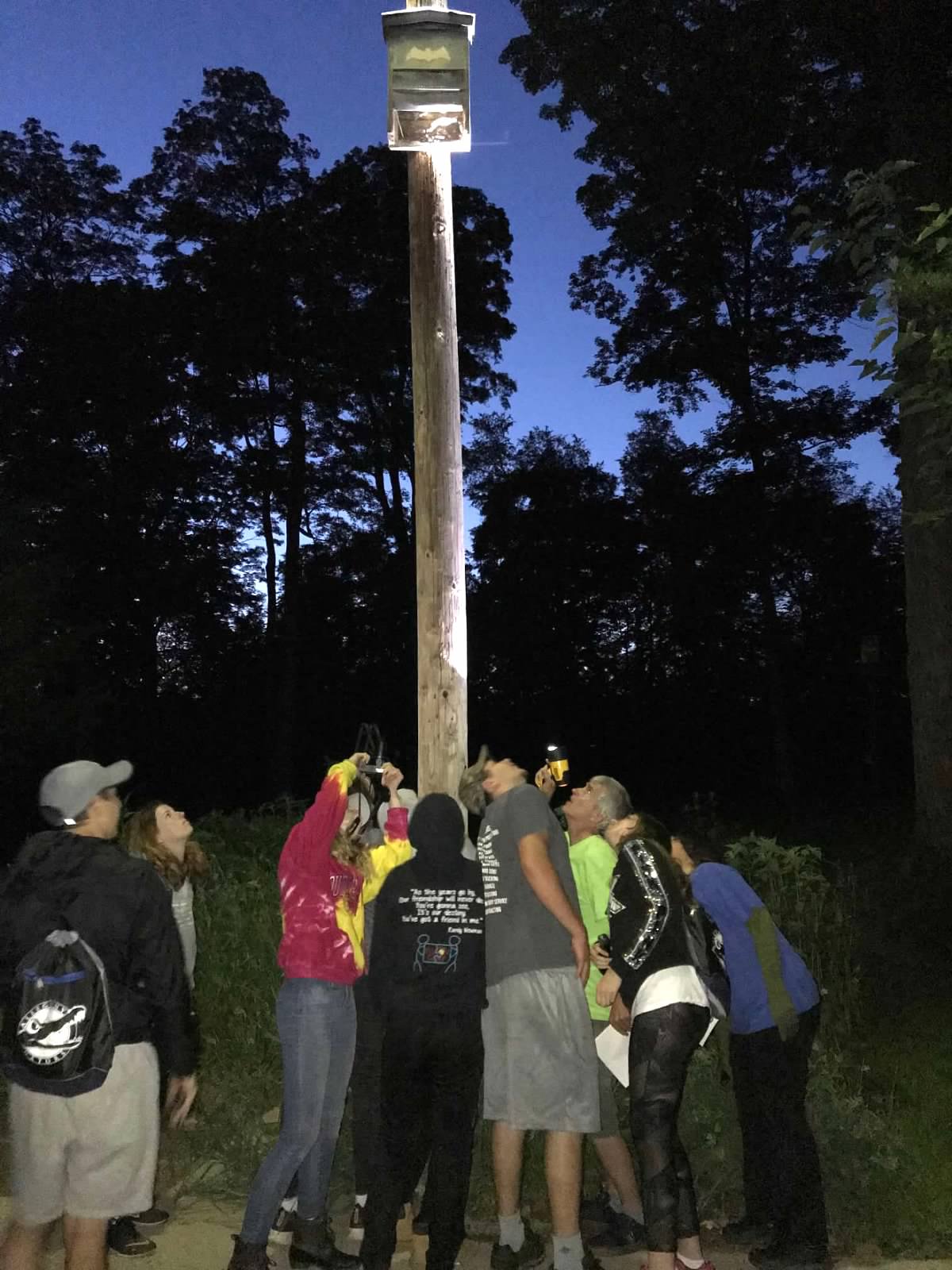 Bats are very cool and I'm so glad they didn't suck anybody's blood! I want to be a self-taught expert in something too...maybe the Cleveland Indians.