Stars at the Newton Observatory 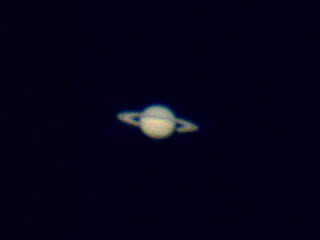 Last night, we had the great opportunity to visit the old Newton Observatory here on campus. Even though it's used now for security, we got to go up and see the ancient telescope, which was very neat because you could see all the gears and how it functions. It even had a system of falling weights that allowed it to trace an object on its path across the night sky. Through this telescope, we were able to view the moon, and we also got an amazing view of Saturn with its rings. Out on the roof of the observatory, we were able to view three satellites as they moved across the sky, and also identified constellations such as Cassiopeia and the Swan. Getting to see such majestic, faraway objects like you could never see with the naked eye was unreal and spectacular. It was a fantastic experience!
Posted by Creek Camper at July 14, 2011

This was great to hear because walking through campus and seeing the building,I had no idea that it still had use for the original intention.

I'm glad you had a clear night to see everything so well.