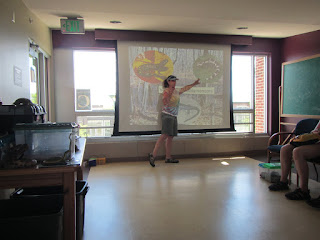 April Claus came to camp to teach us about native herps before we went on the hunt for some yesterday. The term "herps" refers to reptiles and amphibians. We learned about the native species of snakes, turtles, frogs, and salamanders in Pennsylvania and how to identify them. April even brought a few of her own herps as examples. The snakes were definitely a favorite. Even the campers that were originally scared of snakes braved their fears and held the milk and corn snakes. April's enthusiasm of herps radiated to the campers, making us all excited to catch some on our own! 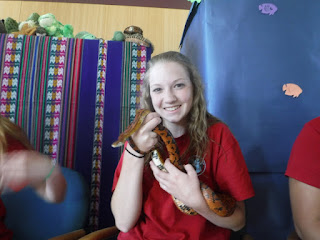