Night Owls in A Cemetery 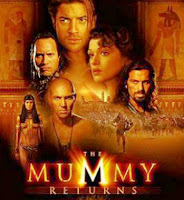 Hunting for owls? Check. Red lights on our headlamps? Check. What else can they do to possibly to make it more creepy? Let's go walking around a cemetery at night with our great guide Professor Mumme at one of his common roosts at Greendale Cemetery!

We all got loaded into the Creek Connections black van and headed off cheerfully talking along the way there. When we got out we looked around and saw the fog creeping along the ground and up in the trees. Owl things considered it looked like a scene from basically any horror movie located in a cemetery. Thankfully we didn't have the Walking Dead come out chasing us.

To attract them Professor Mumme played sounds of Barred Owls, Great Horned Owls and Screech Owls. Then he graced us with his extremely realistic owl calls. In the end we were owl out of luck as we did not find a single owl. However it was owlright as we later saw some bats as they went hunting. Our guide, Professor Mumme threw a small dirt clod into the air as a bat passed by and it dived down go after the clod. Overall it was a very interesting night where instead of owls we found several bats.