The birds flew the coop 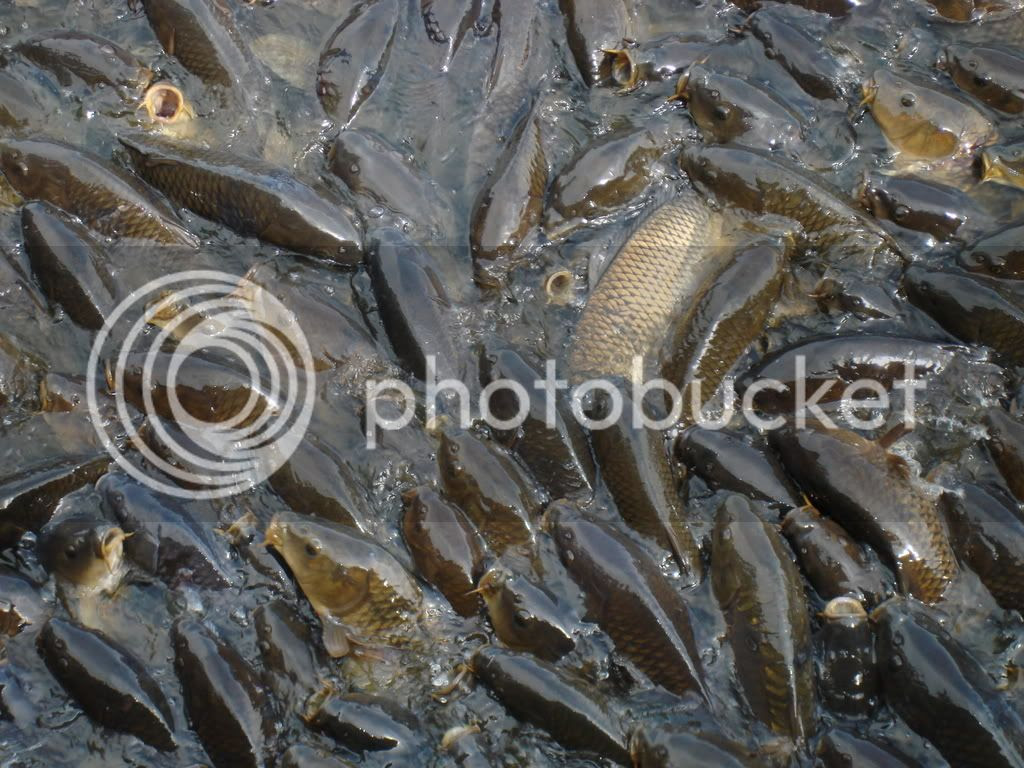 During the dove banding... (What dove banding?) oh yeah, that's right, there were no doves! When we got to the site, there had been no doves caught for banding. But Sarah, the Pennsylvania game commission intern, showed us the traps and the bands and told us how they get banded. So... we went to the spillway. There were people throwing loaves of bread at these HUGE carps which were flailing around on top of each other, but were too stupid to swim under the bridge where there was more room.

Were the ducks there too? I had read where they were going to eliminate bread and only allow purchased fish food pellets to be thrown in...??

Yes, the ducks were there too. This photo was taken in the circular (lower) part of the spillway. The ducks and geese were up above.
It's true that no bread is allowed... after Jan 1, 2009. They have already begun to sell bags of fish pellets. If you have old bread, get up to the spillway now! :)

those fish are awesome... tell Sarah to change the traps, I think that the doves are getting smarter :)

Bet one of the creekers was drooling at the prospect of bow fishing at the spillway!!!!

Memories....I remember as a teen going with my sisters and cousin to feed the fish bread as the ducks walked on top of them! Sounds like you are having a great time!!
(Dana says hi!!)

Memories....I remember as a teen feeding the fish bread as the ducks walked on top of them. Sounds like you are all having a great time!!